Upon the return of the popes from Avignon, the basilica of San Pietro was already dilapidated. A gradual restructuring and partial expansion of the church had already begun under the pontificate of Niccolò V, but it was Julius II who ordered the reconstruction by inaugurating the new factory on April 18, 1506.
The architects dedicated to the design were Giuliano da Sangallo and Bramante the project prevailed over the others. By the death of the pope and the artist, the four huge pillars and their respective arches had already been raised which would go to support the 40 m diameter dome in the center of the Greek cross preferred by the Latin cross by Bramante.

Over the next thirty years the supervision of the works passes from one architect to another, including Raphael, with changes and controversies among the men in charge of the design.
One of the most heated discussions was that between Peruzzi and Antonio da Sangallo, relative of Giuliano: the first supported the Bramante project, while the second supported that of Raphael, that is, a longitudinal plan with the dome in the center of the transept.
The question seems to have been resolved when the assignment was entrusted to Michelangelo on January 1, 1547. the biggest problems the artist faced were those of planning and organizing the construction site. He revised Sangallo’s studies, judging them unsatisfactory and restarted from Bramante’s project, arguing controversially that moving away from the Bramante idea would mean moving away from the <truth>. It replaces the Latin cross with the Greek one, accentuating the majesty of the work and the vigor of the figures defining the walls with the tight rhythm of the gigantic single-order pillars and the overhanging cornice.

THE SAN PIETRO FACTORY, FROM BRAMANTE TO MICHELANGELO

Studying new solutions for the dome, whose symbolic value is fundamental given that it must dominate the tomb of San Pietro, it refers to Brunelleschi’s project for the dome of Santa Maria del Fiore in Florence. In his drawings we can see that he kept the oculi in the drum and resumed the double-shell structure: on the inside hemispherical, while on the outside with a raised extrados which pushes the structure upwards.
Unfortunately, the artist dies before seeing the dome raised and only manages to supervise the construction of the drum. This will be completed by Giacomo della Porta, but the final phase of the building’s history will begin with G. Fontana and C. Madera.

In 1523 Pope Clement VII appointed a stable commission of sixty experts directly reporting to the Holy See, with the task of taking care of the construction and administration of the Basilica.

In 1589 Pope Sixtus V submitted the commission to the jurisdiction of the Cardinal Archpriest of the Basilica and a few years later, under the pontificate of Clement VIII (1592-1605), it was replaced with a special collegiate body, called the Congregation of the Reverend Fabbrica di San Pietro, to which all the powers of the suppressed commission hitherto were reversed. In addition to the Prefect in the person of the Archpriest Cardinal of the Basilica, the Congregation was made up of a number of cardinals and prelates. This dicastery could appoint, in the provinces of the State of the Church, its own delegates, as commissioners of the Reverend Factory, who lasted one year in office. They exercised their own jurisdiction and were competent to judge at first instance causes of any value, against whose sentences appeals could be appealed before the Congregation.

With the Apostolic Constitution Pastor Bonus of 1988, Pope John Paul II established that “the Fabbrica di San Pietro according to its own laws will continue to deal with everything regarding the Basilica of the Prince of the Apostles both for the conservation and decoration of the building and for the internal discipline of the custodians and pilgrims who enter to visit the temple “.

END_OF_DOCUMENT_TOKEN_TO_BE_REPLACED 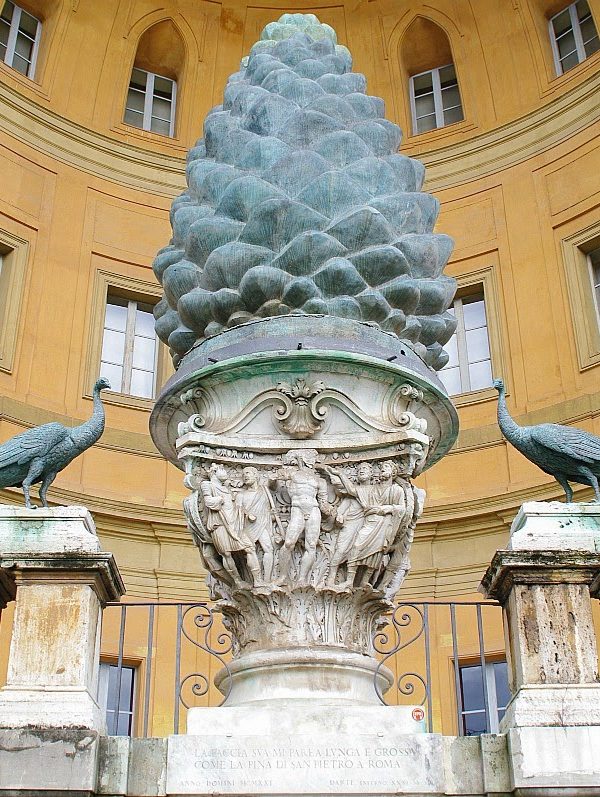